To become an installer listed on our website, you'll need to perform an installation of one of our bridges.

To become an installer listed on our website, you'll need to perform an installation of one of our bridges.

The resources needed for installation are found on this page.

Here is where you'll find the dimensioned diagrams of the bridge and the rout pocket in the guitar, as well as written installation instructions. The files are in PDF, DXF, and STP format. 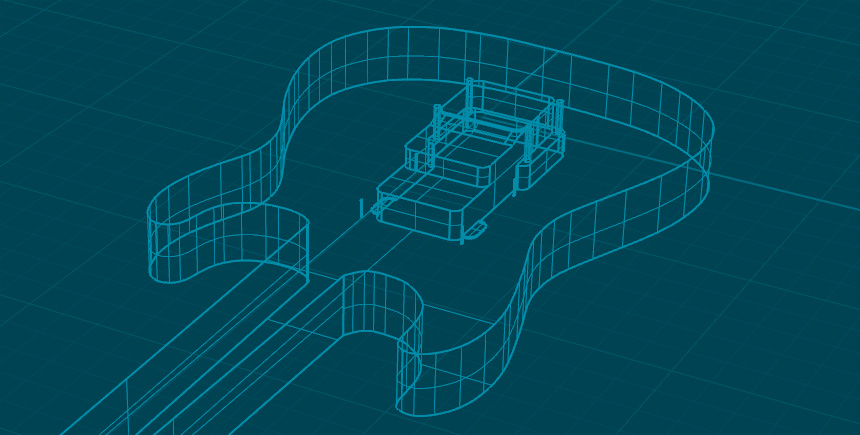 Routing and installation videos can be found here.

To make the required rout pocket in the guitar an installer can use a CNC machine or a handheld router with templates.

Using our diagrams, an installer could make his/her own templates however we recommend buying the templates from us here. Our templates include all materials necessary to complete the rout and they match our written instructions.

Expect a first time routing by hand to take 4 – 6 hours.

Average price of an installation has ranged from $250 - $350 for the F & T installs and $300 - $500 for the G installs. A lot depends on the specifics of each install (was there a former trem pocket that needs to be filled, will the guitar need a recessed backplate because it is too thin). And ultimately pricing is up to the installer. 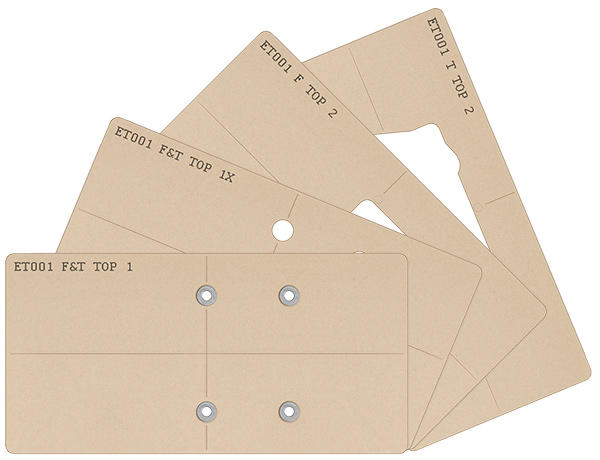 To be listed as an installer on our website, we need to know that the installer:

1. Does clean routing for the rout pocket

2. Understands what makes a good installation in terms of the EverTune functionality

3. Understands the setup and function of the bridge

1. Show us a clean install

To show us that the rout is clean, please take before routing and after routing (without bridge installed to show the rout pocket) pics of the front and back of the guitar and send them to cosmos@evertune.com.

2. Show Us Correct Functionality of the EverTune After Install

Correct functionality of the EverTune means that:

(A) Each saddle holds constant tension in the range we call Zone 2.

(B) Each saddle has full range of motion for string height (action) and string length (intonation) adjustment.

(C) The rout pocket was placed in the right place so that the guitar can intonate properly.

Thus, to show us a good installation we ask for 3 videos:
Please upload these videos to YouTube or similar video hosting service.

A one-minute example video is shown to the rightbelow. Here is a written description of what the video should show:

The installer starts in Zone 2. Then using the tuning pegs at the head stock drops down to Zone 1, then goes one turn back into Zone 2 and checks the tuning on a tuner.

Then the installer goes all the way through Zone 2 to Zone 3.

Then goes one turn back down to Zone 2 and checks the tuning on a tuner.

In our example video we show only one saddle. The video the installer submits to us should show this test for all saddles.

If the tuning varies by more than 15 cents on just ONE saddle, then it might be a defective saddle, which is rare, but it happens, and it should be replaced.

If the tuning varies by more than 15 cents on ALL the saddles it means that the installation needs to be adjusted.

If the note close to Zone 1 is more than 15 cents higher than the note close to Zone 3, then the footplate would have to be mounted less deep in the guitar to correct this issue. In this case, if the rout is already too deep, the installer would have to use washers or a washer plate to move the footplate out of the route a bit. 1/8 inch (3mm) deeper equates to about 15-20 cents adjustment.

Show that the saddles have full range of motion vertically and horizontally.

A two-minute example video is shown to the rightbelow. Here is a written description of what the video should show:

The installer starts with the saddle in the farthest forward position and the highest up position.

Then the installer drops the height of the saddle until the string rests or buzzes on the frets. This shows that the saddle can reach the lowest forward point.

So essentially the video shows that each saddle has a full range of motion by showing that it can move to the four extreme points: front/top, front/bottom, back/bottom, back/top.

This should be done for each saddle. It is very important to a correct install because it will show if anything in the routing or wiring or pickups is in the way of the saddles' range of motion.

If the action is unable to be raised so that the back of the saddle almost touches the bottom of the faceplate as in the video, and especially if this happens in the front-most positions, it is probably because something is blocking the saddle from rising underneath. This can be wood from the routing that should be removed, wires, or even the bottom of thick pickups. Whatever is holding the saddle from rising must be identified and corrected before it can be considered a good EverTune install.

Likewise with intonation, if the saddle is unable to go to the far front position, something is blocking. The blockage must be identified and corrected before it is considered a good EverTune install.

The third installation video shows that the guitar is intonated correctly on every string.

To show this, we show that the open note and the 12th fret note are both in tune on every string. This will show that the bridge was placed in the right place relative to the scale length. This is very important because if the bridge is routed too far forward or backward it is almost impossible to correct this error and then the guitar will never intonate correctly.

Show us an understanding of bridge setup.

To show us an understanding of bridge setup, we ask for one last video.

Start with the B string tuned and intonated and set to bend.

Then tune it down to an A and set it up so that it is again tuned and intonated and set to bend.